Teaching my daughter to sew...

My almost 6 year old daughter has decided she wants to sew. She received a felt easter egg kit last year for Easter that had sharp needles in it, and no holes punched to make sewing easy. 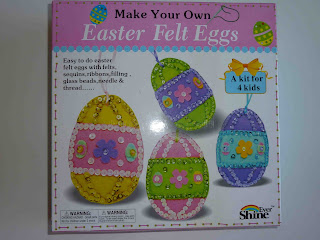 We put it away for a while and over the holidays we decided to give it a go. I am so impressed with her. I showed her how to do an over stitch to sew the middle strip on, then I showed her how to sew on sequins. One sequin was all I had to show her and she had the hang of it straight away! 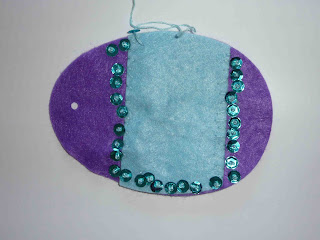 I next taught her blanket stitch so she could join to pieces to stuff. She really didn't take long to grasp it at all! I really don't get people who say they can't sew a thing. If a 5 year old can blanket stitch, anyone can sew on a button or take up a hem. I think I can't = I refuse. 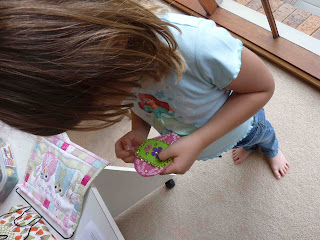 I can't find the finished egg now - she is at school so I will try and post later. I am so proud of her. I have decided to get her a little sewing machine like Nikki's little assistant from You Sew Girl  received for Christmas. I managed to pick one up for $100 at Metro Sewing Centre, not bad for an  Elna Mini sewing machine perfect for kids. I think this is an old picture of the one I bought.

allibags
Hi! My name is Allison. I'm a 30 something wife, and mum to 2 beautiful children. I'm a midwife and I love to sew!